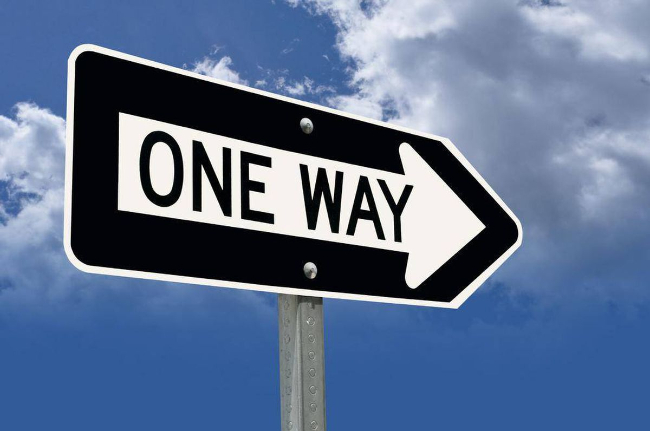 Liberal MP Mark Gerretsen has confirmed in an email to one of our members that Canada is about to impose criminal penalties for parents, therapists and other healthcare professionals who do not offer “affirming support” to children who are experiencing gender dysphoria. The proposed Bill C6 will amend Canada’s federal criminal code that purports to ban conversion therapy. As we can read from the admission of MP Gerretsen, Members of Parliament do not understand the implications of “affirmation” with respect to the type of support offered to youth struggling with their gender identity. The effect of Bill C6 will impose the narrow and poorly understood medical transition pathway recently coined “gender-affirming care”.

The usage of the word “affirming” to qualify the type of support that can be provided to children and youth is very deliberate and needs to be explained as distinct from other clinical approaches.

Affirmation is a new treatment approach to children and adolescents experiencing gender dysphoria. The “affirming care” protocol dictates that medical interventions such as puberty blockers, cross-sex hormones and irreversible surgeries be provided to youth based on their self-directed gender “goals”.

The previously established clinical protocol of watchful waiting provided a supportive approach whereby children can be gently questioned about why they’ve started to identify as a different gender so that parents, clinicians and others can develop a complete picture of the child’s needs and keep all options open to help the child resolve feelings of gender dysphoria without pushing them towards irreversible medical interventions. This more cautious model of care has been phased out in favour of “affirmation” at Canadian gender clinics.

The affirming model of care is an extremely risky approach because it does not allow a healthcare professional to explore how underlying factors may be contributing to a young person’s newly adopted gender identity and feelings of gender dysphoria. Issues such as childhood trauma, psychiatric symptoms such as cutting or self-harm behaviours, autism or ADHD, feelings of shame due to same-sex attraction and many other issues a young person may be struggling with are often entangled with symptoms of gender dysphoria.

An “affirming” approach to care hides these other issues and does not allow for the possibility that other factors may be the cause of a young person’s new-found gender identity and be driving the need to medically transition as a coping mechanism.

The distinction between the previous, more cautious model of care and the new “affirmation” model is that children could be supported in their gender exploration without the need for all adults to agree and “affirm” that, in reality, the child actually “is” the opposite sex or a gender of their choice and provide them with whatever medical means they desire to transform their bodies to match their gender identity.

Gender activists promote affirmation and social transition because this is viewed as supportive to transgender adults who have transitioned. “Affirming support” is designed exclusively for the needs of this group, not the needs of young people who are struggling to find appropriate care for their complex and individual needs and where social and medical transition may not be appropriate for their long-term well being.

From “Affirming Support” to Puberty Blockers and More

The assessment process in place in Canadian gender clinics has become more and more narrow in scope over the past few years. The requirement for any type of mental health assessment has been removed completely in over 50% of the gender clinics in Canada. The only purpose of the remaining assessment process is to validate whether youth meet very minimal criteria to proceed with hormones and seem to be capable enough to sign a consent form.

In fact, we were shocked that SickKids considered the long wait time to access an initial appointment at their gender clinic as an advantage as children would have this time for “considering options”. This is an admission that the assessment process at Canada’s largest gender clinic is not intended to determine who may be a good candidate for medical transition, but in fact, all children with a gender identity that does not match their biological sex are considered candidates for medical transition and it is only their “goals” and ability of the child to “reflect on their gender journey” that might determine otherwise.

Gender-affirming care is a narrow treatment pathway that does not allow the clinician to explore other options with young people as a means for managing their gender dysphoria. Today, youth are being referred to pediatric endocrinology clinics by their GP’s while it’s unclear to both the patients and the referring physicians that these clinics have adopted a pro-medical transition policy whereby the onus of responsibility is placed on the child or adolescent to guide the assessment process. In many cases we are aware of, it is up to the young person to refuse invasive hormonal interventions when these are offered as the treatment pathway by the presumably “expert” staff at the gender clinic.

Consider, for example, these scenarios that erode proper safeguarding for youth who are considering medical gender transition:

It is not considered “affirming” to help young people find mental health support for managing their gender dysphoria as an alternative to medical gender transitioning. We have heard several scenarios of young adolescents expressing doubt over transitioning to their healthcare team, including telling them that they are experiencing anxiety and/or depression. As a matter of course, young people are being told that these symptoms will subside once they start their prescriptions of Lupron or testosterone and are not being offered any further help to understand the root cause of their anxiety, depression or other factors they later realize have led them to believe they needed to transition.

It is not considered “affirming” to be honest with young people considering medical gender transtition that many adolescents become comfortable in their own bodies and re-identify with their natal sex given time, and that some adults express regret at having transitioned. This information is not considered “affirming” of the group of people who have transitioned and are living as a different gender because it casts doubt at whether their lived experiences as the opposite sex has permanence and validity.

“Affirmation” has become an ideologically driven philosophy of care that effectively removes safeguards including the ability for youth to be informed of the risks and consequences of medical transition necessary to be able to consent to these experimental interventions.

Further evidence that medical gender transitioning of children in Canada has become a matter of personal autonomy can be found in this policy document of CPATH, the Canadian arm of the World Professional Association of Transgender Health, which clearly advocates for a ban on “gender conversion therapy” (Bill C6) in order to ensure that transgender people do not face any barriers to medical transition services. CPATH does not consider the age of the person making the decision to transition as relevant.

This position presumes a “one-size-fits-all” affirmation and transition approach for children and adolescents which ignores the experience of desistors, a majority of cases where young people become comfortable in their natal sex.

Why has the treatment protocol changed?

It’s unclear why the treatment protocol has evolved to an “affirmation” approach rather than a more cautious clinical approach although the WPATH organization that sets the standard of care has gone through a significant change in leadership and approach over the past decade and has become advocates for transitioners rather than an objective organization that is free from conflicts of interest.

The affirmation model (treatment with puberty blockers followed by cross-sex hormones and gender-affirming surgeries) comes from the Dutch Protocol developed to support children with early-onset childhood dysphoria who did not desist from intense and persistent feelings of gender dysphoria with the onset of puberty. One of the key authors of that model has issued a warning in Pediatrics that it was never intended for the new population of adolescents that are being unquestioningly “affirmed”. Dr Annelou DeVries acknowledges the phenomenon of ROGD (recent-onset gender dysphoria with no documented history in early childhood) which was not a part of the previous studies on hormone blockers.

Finland and Sweden have conducted systematic reviews of gender treatment of children and both came to the conclusion that there was insufficient evidence for an affirmative approach. Finland developed their own clinical guidelines for treating children which includes significant caution compared with the “affirming” approach in place in Canadian gender clinics.

The UK now requires a best-interest court order prior to any youth being referred to a gender clinic. This has become the strictest requirement in the world to ensure that children are not being medically transitioned if there isn’t clear evidence that it’s in their best interests. The UK National Health Service is also conducting a review of the medical treatment protocol for transgender youth. This was prompted by detransitioner Kiera Bell’s second lawsuit which challenged the MOU on Conversion Therapy, a document similar to Bill C6, because she was unquestioningly affirmed as a boy and was irreversibly harmed by this approach.

Do Children Have the Capacity to Consent?

The underlying assumption of gender affirming care is that children and youth are capable of informed consent to an experimental pathway of medical treatments. Kiera Bell challenged this assumption in a judicial review last year and won her case. A key factor in the landmark decision by the UK High Court in December 2020 which now requires a “best-interest court order” to be in place prior to children being referred to gender clinics is that the clinics themselves do not understand the risks or benefits of hormone interventions including puberty blockers and cross-sex hormones on children and youth, therefore it is not likely that children are capable of consenting to medical interventions that will have such life-changing effects.

It is already extremely difficult for parents, trans-identified youth and detransitioners to access non-invasive and agenda-free healthcare options in order for them to receive a differential diagnosis prior to medical transitioning or to receive support to manage symptoms of gender dysphoria without being medicalized.

We are asking for the following exemption to be added to Bill C6 to ensure healthcare professionals are able to support youth effectively:

For greater certainty, this definition does not apply to any advice or therapy provided by a social worker, psychologist, psychiatrist, therapist, medical practitioner, nurse practitioner or other health care professional as to the timing or appropriateness of social or medical transition to another gender, including discussion of the risks and benefits and offering alternative or additional diagnoses or courses of treatment.

Without this exemption, Bill C6 will further entrench the doctrine of “affirmation” in the Canadian healthcare system. While all individuals should be treated with dignity and respect, the poorly understood approach of gender-affirming care is being challenged around the world for leading children down a narrow treatment pathway of invasive and often irreversible medical interventions. Our government should be protecting the interests of all youth by conducting an independent review of gender transition services including a review and evaluation of whether children possess the ability to consent to the life-altering treatments that are being offered to them under the mantra of “affirming”. 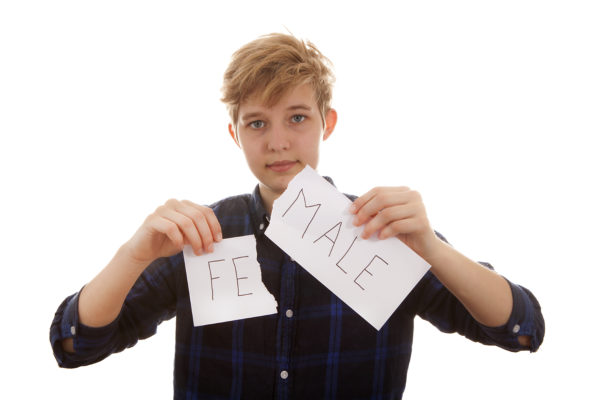 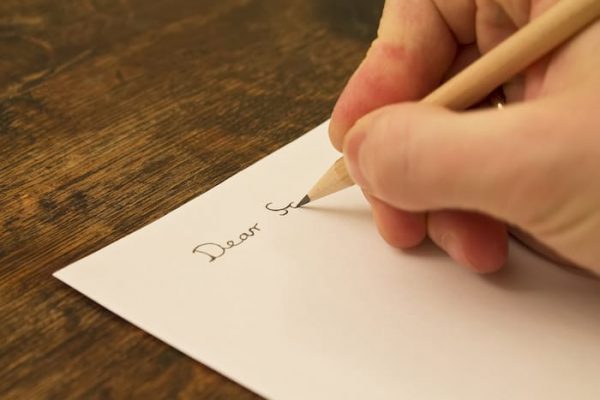 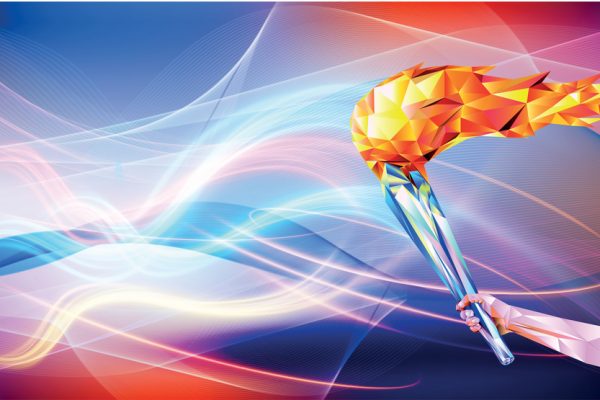