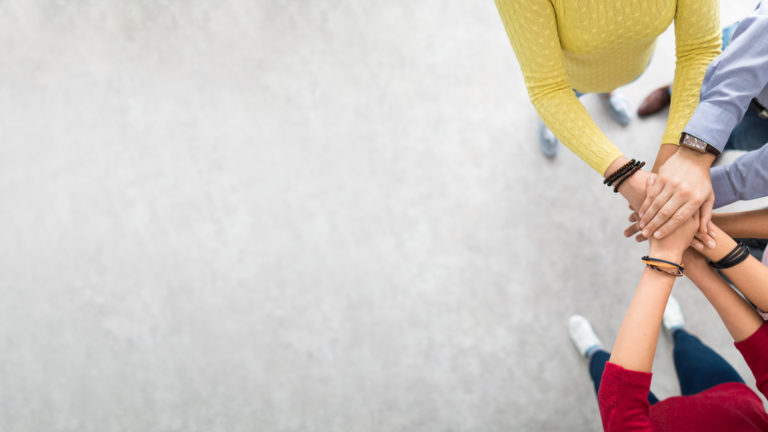 We’re a group of parents and professionals concerned about the medical transition of children, the introduction of gender identity teaching in our schools and the changing legal landscape that replaces biological sex with the subjective notion of gender self-identity.

We believe that more open discussion is needed on these issues. We are not influenced by religious or political affiliations and would rather focus on objective research and evidence on the topic of gender transition for children and young people.

This site is for everyone who is concerned about why the numbers of gender non-conforming children being referred to gender clinics is skyrocketing in high-income countries around the world.

The site is for everyone who questions why adolescents may suddenly identify as a different gender and how the identity politics movement is being promoted to children and youth in our schools and on social media. It is for anyone concerned about the new trend to teach ideology as fact and the emergence of policies and laws that people are fearful of challenging because they may be labelled “transphobic”.

We keep tabs on what’s happening in Canada and help parents raise concerns. Some of our actions include:

Helping parents raise questions and concerns at their schools re gender identity theory or social transitioning of children (a psycho-social intervention that schools should not be undertaking without the involvement of parents and healthcare professionals). Please contact us at info@genderreport.ca if you’d like support through this process.

We filed a complaint with the College of Physicians and Surgeons of Ontario with respect to inappropriate social media advertising practices of prominent Canadian gender surgeons which we believe are directed at young people using Instagram. The CPSO agreed that several of their claims were “false and misleading” and the Ontario Health Review Board upheld the CPSO ruling. More information can be found here.

The landscape has changed significantly over the past few years. “Affirming care” has become a euphemism for “medical transition on demand”, including for children and young people. Countries around the world are coming to terms with this shift and starting to pull back. Sweden and Finland have halted medical gender transitioning of youth under 18 in all but the most exceptional circumstances. The UK legal landscape has changed in the past year with the Kiera Bell case and the outcome that children cannot consent to puberty blockers. While the court overturned the initial ruling that children would need a “best interest court order” to seek a referral to a gender clinic, the legal landscape was irreversibly changed as the burden of responsibility for the harms of medical transition are now resting on the adults’ shoulders (the physicians and healthcare system), rather than expecting children to bear the full responsibility for “consenting” to these experimental medical procedures.

Now, in late 2021, prominent American gender surgeons and clinicians have begun to blow the whistle on “sloppy care”. Australia, New Zealand, Spain, Germany, France and the Netherlands are all beginning to question what’s happening and why so many young people are seeking medical transition in unprecedented numbers, and an unprecedented sex ratio change: girls now outnumber boys by a factor of approximately 5:1.

Pro-medical transition activists appear to have captured many of the healthcare and education institutions in Canada and have paved the way with legislation and media narratives that children require medical transition – the truth is we simply don’t know what the long term outcomes of such experimental medical interventions will be. One of our federal MP’s, Randall Garrison, even declared in a justice committee hearing in 2021 that “detransitioners are a false narrative”. This is extremely concerning rhetoric from our elected officials when parents and others are raising concerns about whether our healthcare system is acting in the best interests of children.

And now even US gender clinicians are whistle-blowing against the current practices of transitioning children on demand. See:

Most western countries are reporting a several thousand percent increase in the numbers of young people being referred to gender clinics. In Canada, the best data we can find suggests that there is an increase of over 1,000% in the past decade. Indigenous youth in Canada are over-represented at our gender clinics by a factor of 4. Why? Medical transition was never part of indigenous practices.

The trend affecting mostly adolescent girls has no explanation. This phenomenon is new and does not conform with previously studied cohorts of children and adolescents seeking treatment for gender dysphoria.

Gender identity affirming care involves supporting the child to socially transition to the opposite sex. Early reports suggest that this approach fast-tracks children on a medical pathway that starts with puberty blockers. Each step is affirmed by adults and professionals and is often celebrated as being brave and courageous. Experts in the field such as Dr Susan Bradley, former Chief of Psychiatry at Toronto’s Sick Kids Hospital and a founder of the CAMH Gender Identity Clinic caution that this may not afford a young person the space and time necessary to evaluate whether medical transition is the best option.

Gay and autistic kids are heavily over-represented in the numbers of children seeking gender transition. Detransitioners report that being gay or socially different is a key factor that contributes to their gender dysphoria.

The new gender identity-affirming care model lacks evidence of improved outcomes and is an experimental treatment. More information can be found at The Society for Evidence-based Gender Medicine.

Parents of adolescent girls seeking medical transitions are reporting that there is a heavy social media influence that leads to their daughters to undergo cross-sex hormone treatment and maestectomies.

Legislation and policies are being introduced in Canada without any consideration of the numerous social forces at work that are putting children on a medical pathway to irreversible physiological changes including infertility and loss of sexual function as well as negative impacts on bone density, IQ, increased risk of heart disease and life-long medical treatment.

There is a very influential, well organized and well-funded system of activism supporting transgender rights. While we applaud this group for looking out for the needs of a vulnerable community, we’re increasingly concerned that this activism has led to an unethical level of bias and conflict of interest in establishing a medical standard of care for gender diverse youth.

Canadian Gender Report parents are united in one goal: Safeguarding of children needs to take priority over forces in our culture and institutions that are pushing a new and poorly understood gender agenda on kids.

I created CGR when people started reaching out to me after my family’s human rights case went public. What I heard from parents and others echoed our experience dealing with our school – yet most people were afraid to speak out using their own name.

I’m a strong believer that activism and wishful thinking are no substitute for evidence and common sense. The activism on this topic has gone way too far and is poisoning our ability to come together as Canadians to understand and discuss critical issues on the sensitive topic of gender and identity.

You can read more about my family’s human rights case “Girls are not real and boys are not real” here. The Ontario Human Rights Tribunal has granted our case a full hearing. Date TBD.

What can I do to help?

Share our resources to start conversations and provide an alternative point of view. Please get in touch with us if you’re facing questions you don’t know how to answer or need direction in terms of where to go for help.

Don’t be shy about speaking up with your own concerns. The topic of gender and the current trend to medicalise children because of their gender identity is fraught with emotion. That shouldn’t be reason to silence debate and listen to opposing points of view on an extremely sensitive topic with far-reaching consequences.

How can I support CGR?

We’re not-for-profit and driven by volunteers. We welcome your support in terms of sharing our content with friends and followers, contributing to our research or making new connections. We welcome donations to support the site.

Please sign up to receive our news so that you can stay up to date and be informed of letter-writing campaigns to MP’s and other ways you can support our work.