Stats Canada is asking for input and feedback on their sex and gender categories and classification system. They announced the new variables in 2018. They started swapping gender identity for sex in 2019 (and didn’t announce it) and they’ve already designed the upcoming census to capture gender based on self-identified gender and are introducing new terms.

These changes have important implications for how data on Canadians is collected and can be analyzed. The public consultation is open until March 12, 2021. We propose a template letter at the end of this post.

The new defintions of sex and gender will be used to collect Canadian census data as soon as May of this year, and for ongoing policy analysis and decision making. Stats Canada is proposing to use terms such as “cisgender” in the Canadian census and ask people their “gender,” which they have redefined as self-identified gender that doesn’t have anything to do with one’s biological sex.

Stats Canada claims that it wants data to reflect gender minorities, but of critical importance is whether it will be possible to assess the impacts of policy decisions on biological females, as gender-based analyses typically reveal an asymmetric impact on biological females. Stats Canada is responsible for accurate data collection on Canadians, and we enjoy sex-based protections in the Charter of Rights and Freedoms. If it is no longer possible to differentiate between the biological sexes in the data sets that Stats Canada oversees for the judicial system, healthcare policy, and others, this is a clear policy direction from the Canadian government to obfuscate sex-based differences and impacts on policy.

In April 2018, Stats Canada released new variables and classifications for sex and gender. A representative from their subject matter division told us in 2019 “these changes are in accordance with the Bill C-16 An Act to amend the Canadian Human Rights Act and the Criminal Code”. Bill C-16 added “gender identity and gender expression” to the Human Rights Act and the Criminal Code and became law in June 2017.

It turns out Bill C-16 is having far-reaching implications. One of these is how gender equality issues are measured and reported. Gender equality is being reframed to reflect gender as a social construct rather than a biological reality.

The changes in 2018 led Stats Canada to issue the following statement:

“Sex and gender refer to two different concepts. Caution should be exercised when comparing counts for sex with those for gender. For example, female sex is not the same as female gender.”

The Canadian government has started collecting data based on self-defined and socially constructed view of “gender” rather than biological sex. This includes crime data. Stats Can has also adopted self-determined “gender” for surveys such as cannabis use, for which biological-sex specific information is crucial in order to understand different rates of abuse and biologically based reactions and experiences.

The concept of “gender” is commonly understood in Canadian society to be a substitute term for biological sex. StatsCan is responsible for “tested and trusted statistical standards”; however, the agency has swapped the meaning of “gender” from the objective meaning of biological sex, to a subjective form of self-identification.

Counting the number of male and female citizens is vital for planning public services and for measuring and remedying disadvantage and discrimination on the basis of sex. For this reason, the metadata standards must reflect accurate terms. “Gender” is no longer an accurate term because it has different meanings to different people. The metadata standard for “gender” and any usage of the term “gender” needs to be described. “Self-identified gender” would be an accurate term and would ensure honest representation to the public that “gender” is no longer an equivalent term for sex.

Canadians are guaranteed sex-based rights in our Charter, and therefore our government datasets need to preserve biological sex-specific data. Stats Canada has a duty to all Canadian citizens to ensure their data classification system and variables protect the integrity of datasets so they can be queried as biological-sex specific. Biological sex specific data is critical for health and crime research, as well as basic demographics and the many decades old quest for equal pay for women, for example.

Stats Canada’s new gender data variable will result in the obfuscation of sex-based data such that it makes it very difficult, if not impossible, to communicate clearly with federal institutions when asking for sex-based information. Stats Can themselves continue to use the term “gender” for both biological-sex based information (presumably) such as for wage gap reporting, and for gender self-identification purposes, without making any attempt to differentiate between the two. This practice needs to change.

Further, a growing number of people are adopting a philosophy of gender self-identification based on their felt gender. This new philosophy is gaining traction as a cultural phenomenon among those who wish to “break the gender binary”. The goal of trusted statistical standards to measure socially constructed “gender” is impossible to achieve because the reasons why people may identify as a gender that is different from their biological sex are wildly in flux in our society. Gender self-identification is premised upon gender stereotypes, and many people are adopting a “non-binary” or other gender label in order to break away from the biological binary of sex, while some choose to adopt a gender identity that reflects the gender stereotypes associated with males and females, and others are choosing to identify as a gender minority in an attempt to escape these stereotypes. This phenomenon is changing rapidly and is very unstable, with many teenagers and young people adopting different gender identities over time.

For this reason, we strongly oppose the exclusive use of socially constructed and self-identified gender within Canadian census collection efforts and other surveys. We ask that Stats Canada continue to ensure that biological sex-specific data is collected and retained without conflating it with socially constructed gender. It’s clear from the classification system the government has created that “identity” has overtaken biology in terms of sex and gender reporting. This is unacceptable. Gender identity has a very different definition and usage from biological sex, and the two should not be conflated.

For example, suicide is an often discussed risk factor for gender minorities. However, biological males complete suicides at a far higher rate than biological females. This reality holds true for the transgender population as well. For certain issues, it seems that there is no escaping our biological differences. It’s important to be able to assess biological sex-based differences when it comes to social issues such as the rate at which we might use or abuse controlled substances, the amount men and women are paid, assess childcare reponsibilities, and so on. Collecting information based solely on gender identity, a practice Stats Can has started to adopt, will eliminate the ability to assess gender differences with respect to our biology.

The assumption that self-identified gender can be used as an acceptable replacement for biological sex needs to be reviewed. There is a growing ideological divide in society as more citizens choose to self-identify their gender. We are concerned that gender self-ID has political motivations for some people to purposely obfuscate sex-based differences and destroy sex-based rights. This is a very different phenomenon from the assumptions Stats Canada used when initially creating the new gender and sex variables, which was an assumption that only a small fraction of the population identify as a gender that is different from their biological sex for medically valid reasons.

It is important that Stats Canada acknowledge and allow for this ideological difference in identifying one’s gender to be inclusive of gender self-identity advocates and also inclusive of those who believe that gender stereotypes are harmful and therefore prefer to identify with their biological sex, regardless of whether they “conform” to that gender and the social implications of that gender. For this reason, the term “cisgender” is unacceptable because it imposes the need for women and men to agree that they identify with their biological sex AND accept the harmful gender stereotypes that are associated with our biological sex. Most people do not accept harmful gender stereotypes, and most do not conform to them. We are all to some degree “non-binary”; however, only a few people choose to identify themselves that way, and their reasons may include the political goal of destroying the ability to scientifically analyze sex-based differences.

“Gender,” as Stats Can is intending to use it, is a personally defined variable with no agreed-upon meaning, and as such cannot consistently and accurately be measured. If the goal of Stats Can is to collect meaningful data that reflects gender minorities with a focus on how individuals identify themselves, then sex-based data must also be collected to ensure the reality of the Canadian population is being represented accurately and that we are able to effectively communicate to receive appropriate data from federal institutions, without it being conflated with gender self-identification results.

What can you do to help?

Please send your feedback and participate in the Stats Can process. The consultation is open from February 2, 2021 to March 12, 2021.

I welcome changes that allow Stats Canada to collect more nuanced information on LGBTQ people for its data.

However, the language on “gender” and “gender identity” are very concerning and seem ideologically driven. Gender, as Stats Can is intending to use it, is a personally defined variable with no societally agreed-upon meaning and as such cannot consistently and accurately be measured.

If some people “question their gender identity,” which is an ideological concept with a nebulous definition, Stats Canada should not use it as the main variable/default in social statistics programs.

As a statistics-gathering organization, it is very important you get this right.

Accurate sex-based stats are essential. We are already seeing issues with conflating sex and gender when it comes to policies and laws. Example: Biological men are being transferred to women’s prisons based on gender self-ID (trans women), with no reliable statistics on how many biological men are actually in women’s prisons. Crime statistics gathered based on gender identity will skew sex-based data and likely result in the impression that biological women are committing more violent crimes. Sex-based statistics are essential for women’s safety. The same is also true of equity in sports, and Stats Canada must not purposely or inadvertently demote biological women in the process.

Please use science consistently and correctly, not only when it suits a particular political agenda. For more information on the matter, I refer you to Dr. Debra Soh’s recent book, The End of Gender.

I also have issues with some of the other language choices. “Cis” is an ideological term that is not universally understood or accepted by everyone or even the majority of people. Such terminology would very likely pose an issue for non-anglophone, non-francophone, and elderly individuals if actually used in the census.

Moreover, sex “assigned” at birth is an appropriated word that was previously reserved for intersex individuals and has now turned into an ideological term. It should be replaced with “observed” or “recorded.” Moreover, such terminology also would very likely pose an issue for non-anglophone, non-francophone, and elderly individuals if actually used in the census.

You perhaps might be worried about violating the Human Rights Code. I would say that it’s very important you balance the rights of transgender people with biological women, not giving outsized emphasis to one or the other, since both are equally protected classes in the Code.

Thank you for letting me provide input. 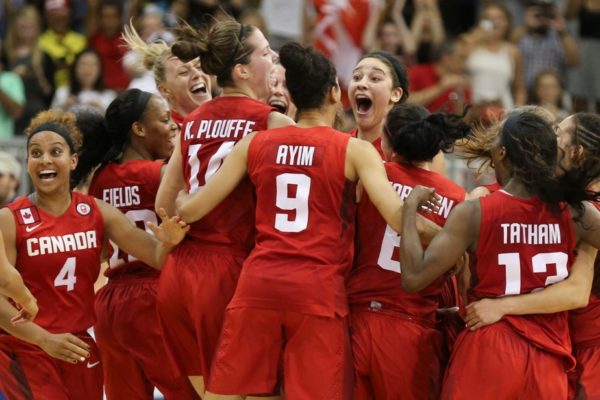 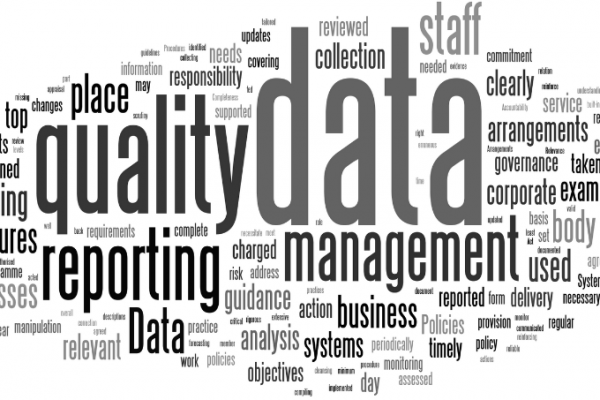