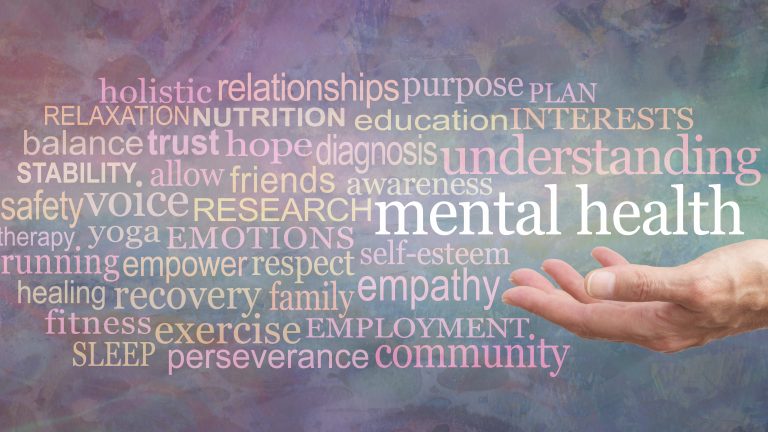 Mental health assessments have been called “stigmatizing”, “gatekeeping” and “barriers to care” by CPATH and other LGBTQ+ lobby groups. They are thus being systematically phased out of the field of gender medicine to be replaced by “affirmation,” and access to medical transition based on a client’s self-directed gender goals, even for children and adolescents.

Trans-identified youth are an extremely vulnerable population given the prevalence of mental health and neurodevelopmental co-occurring conditions. It’s the experience of Canadian Gender Report parents that it is extremely difficult to access mental health services for trans-identified youth other than “affirmation-only therapy,” which now exists only to fully support the process of social, medical and surgical transitioning. This is happening without a thorough exploration and understanding of whether mental health issues are playing a role in a young person’s experience of gender and their subsequent level of distress. Services for detransitioned young people, including young adults diagnosed with ASD after they transitioned, are not available at all, nor are any subsequent “reversal” treatments covered by provincial health plans.

In the UK, the new service specification requires a multi-disciplinary approach so that a young person seeking gender transition is able to fully understand multiple aspects of their developing identity, including possible external influences on their mental health, in order to gain a fulsome understanding of themselves prior to undertaking life-changing medical interventions. This type of approach, where the assessment model will be standardized and then the treatment pathways adapted to the individual needs of the client in order to prioritize mental well-being is the only responsible model of care that has thus far been articulated.

Of particular concern is an emerging trend in some research to position mental health issues experienced by trans-identified youth to be the result of “minority stress,” often without exploring whether or not mental-health comorbidities are a factor in the study observations. Is this a reasonable conclusion? What do we know about mental health comorbidities of trans-identified youth, and how can this inform the type of assessments that may or may not be required? We do know that the incidence of pre-existing mental health diagnoses, trauma and neurodevelopmental traits are overrepresented in this population, even prior to the presentation of gender dysphoria.

One way to explore these questions is to work with, include and study detransitioners. The majority of detransitioners report that comorbid mental health issues are an important factor:

30% of the detransitioners surveyed in this study reported that one of the reasons that led to their detransition was that comorbid mental health issues they felt were related to their original feelings of gender dysphoria were solved.

Lisa Littman’s study based on parent reports of trans-identified youth found that:

You can read more about Littman’s frequently used methodology here.

Here’s what we know about a few mental health conditions and their interplay with gender distress.

A study by clinicians who worked at the UK’s Tavistock GIDS clinic noted that 48% of children and young people seen at GIDS scored in the mild to severe range for a Social Responsiveness Scale measure, a quantitative approach to assess autistic behaviours. Other research published in the BMJ found that 35% of young people referred to GIDS presented with moderate to severe autistic traits.

A significant amount of Canadian research has been undertaken to better understand the link between autism and gender dysphoria (GD). Studies have found that children and young people with GD also express intense and obsessional interests more than expected. This is particularly the case with pre-pubertal male children. The study leveraged data based on the Child Behaviour Checklist, which is used to assess behavioural traits in school-aged children, and asks specific questions to assess a wide range of behaviours. Item 9 asks “Can’t get his/her mind off certain thoughts; obsessions (describe):” The study authors noted:

The study concludes that intense/obsessional interests in children with GD may be one of the factors underlying the purported link between GD and ASD.

Children who have ADHD experience emotions differently than others and often have difficulty managing their behaviour and emotions to fit into typical social expectations in general. This can be particularly noticeable in classroom activities, during sports, or when interacting with others in a structured environment. The experience of gender variance in children with ADHD was found to be related to elevated emotional symptoms in a study of children. Study participants who had ADHD were 6.6 times more likely to express gender variance than the children in the study who did not have ADHD.

A Canadian study of 50 consecutive referrals of adolescents with a diagnosis of GD found significant psychological vulnerability based on 15 different factors. Over half of this group had six or more of the vulnerability factors. These factors were significantly correlated with behavioral and emotional problems on the Youth Self-Report Form and the Child Behavior Checklist and point to the need for a comprehensive assessment that does more than simply evaluate whether a minimal bar of gender dysphoria is present.

“The findings supported the clinical impression that a large percentage of adolescents referred for gender dysphoria have a substantial co-occurring history of psychosocial and psychological vulnerability, thus supporting a “proof of principle” for the importance of a comprehensive psychologic/psychiatric assessment that goes beyond an evaluation of gender dysphoria per se.”

The study authors note that this psychological vulnerability is often being overlooked as more and more children are offered medical transition options such as puberty blockers and cross-sex hormones.

What is being done to address mental health co-morbidities?

Mental health assessments need not pathologize one’s experience of gender identity or gender-related distress. We’re concerned that the term “assessment” has been hijacked to mean very different things in the context of gender transitioning of children and not at all what most people would expect and we will explore the role of assessments in an upcoming article.

Young people seeking help and support for gender-related issues deserve comprehensive mental health care that helps them understand the various factors at play within their own relational and psychological makeup and how these are influencing their current experience of gender. There is ample evidence to support the need to screen gender distressed youth for mental health issues and trauma in order to create an informed approach to care that will support their best interests in the long term. This appears to be sorely lacking in Canada as medicalization of young people is increasingly being done for identity rights reasons rather than based on the need for objective and evidence-based healthcare. 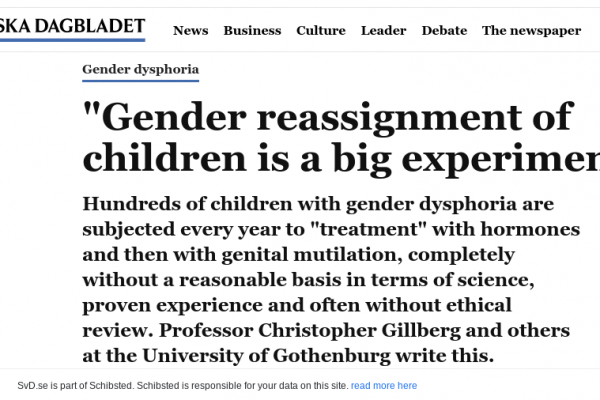 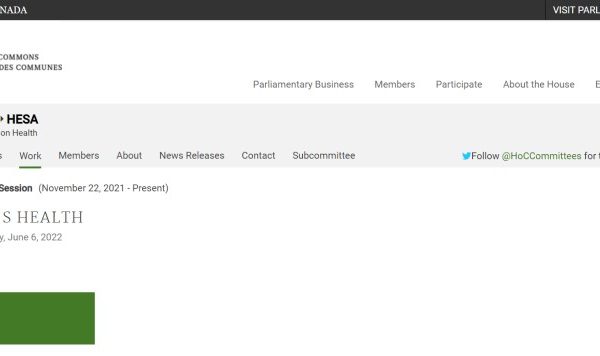